Stradia was appointed in the spring of 2017 to act as procurement consultant to work with Unity Housing, a specialist BME housing provider, to re-procure the provision of planned and responsive maintenance services to t 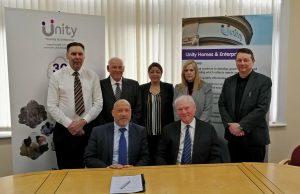 heir housing stock for a period of five years from April 2018 – March 2023. The agreement also includes an option to extend the contract for a further two years subject to satisfactory performance by the Contractor. Following a fully compliant OJEU procurement process, which attracted interest from both local and national contractors, the successful contractor was confirmed as local firm GTD Painting and Property Maintenance of Sandleas Way, Leeds LS7 3HY.

The value of the contract is approximately £1m. per year, and following the success of the previous contract, also procured by Stradia, the work has again been let as a Term Maintenance contract, including a Partnering Agreement, using Option 1 of Stradia’s Public Sector Partnering Contract (PSPC) (second edition).

The successful procurement of this work marks the latest milestone in a long term relationship between Unity and Stradia under which Stradia have provided advice and assistance to Unity in the procurement of both housing maintenance and repair services, and also redevelopment and renovation of parts of Unity’s commercial estate.

>Ask for a Proposal

Click here and we’ll get back to you as soon as possible.

Please fill in your details and we will call you back.

Learn about Stradia on LinkedIn & grow your network.

Call our friendly team to discuss your requirements.

We are accredited trainers for...